A unique event conceived to bring a wonderful glimpse of Romanian culture in the Capital of the World.

Romanian Day On Broadway Festival represents the best and most unique venue for the Romanian community in the United States and the citizens of the world to experience, enjoy and cherish the best of Romanian culture, customs, values and traditions along with music, food and folklore – all on the famous Canyon of Heroes on Broadway – New York. 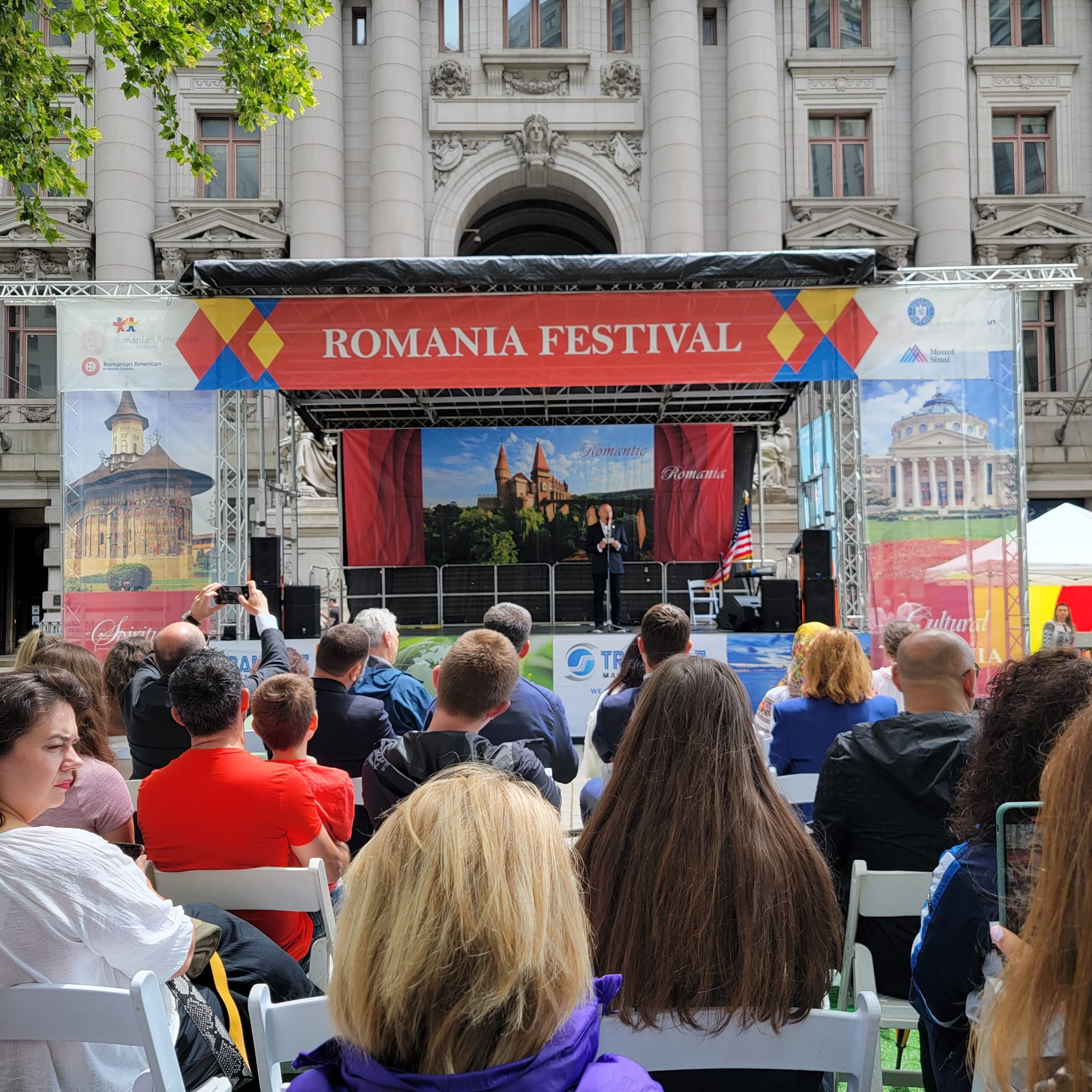 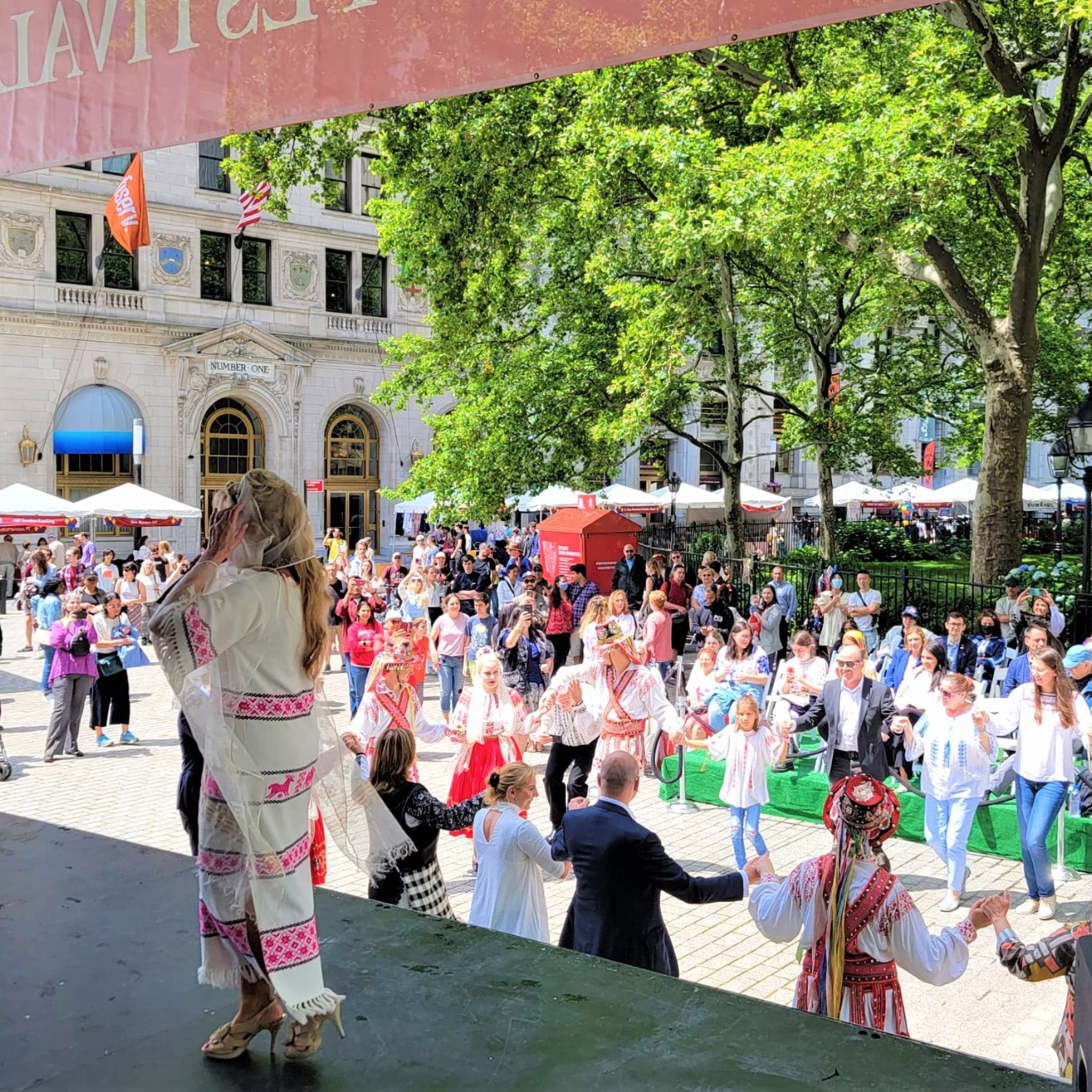 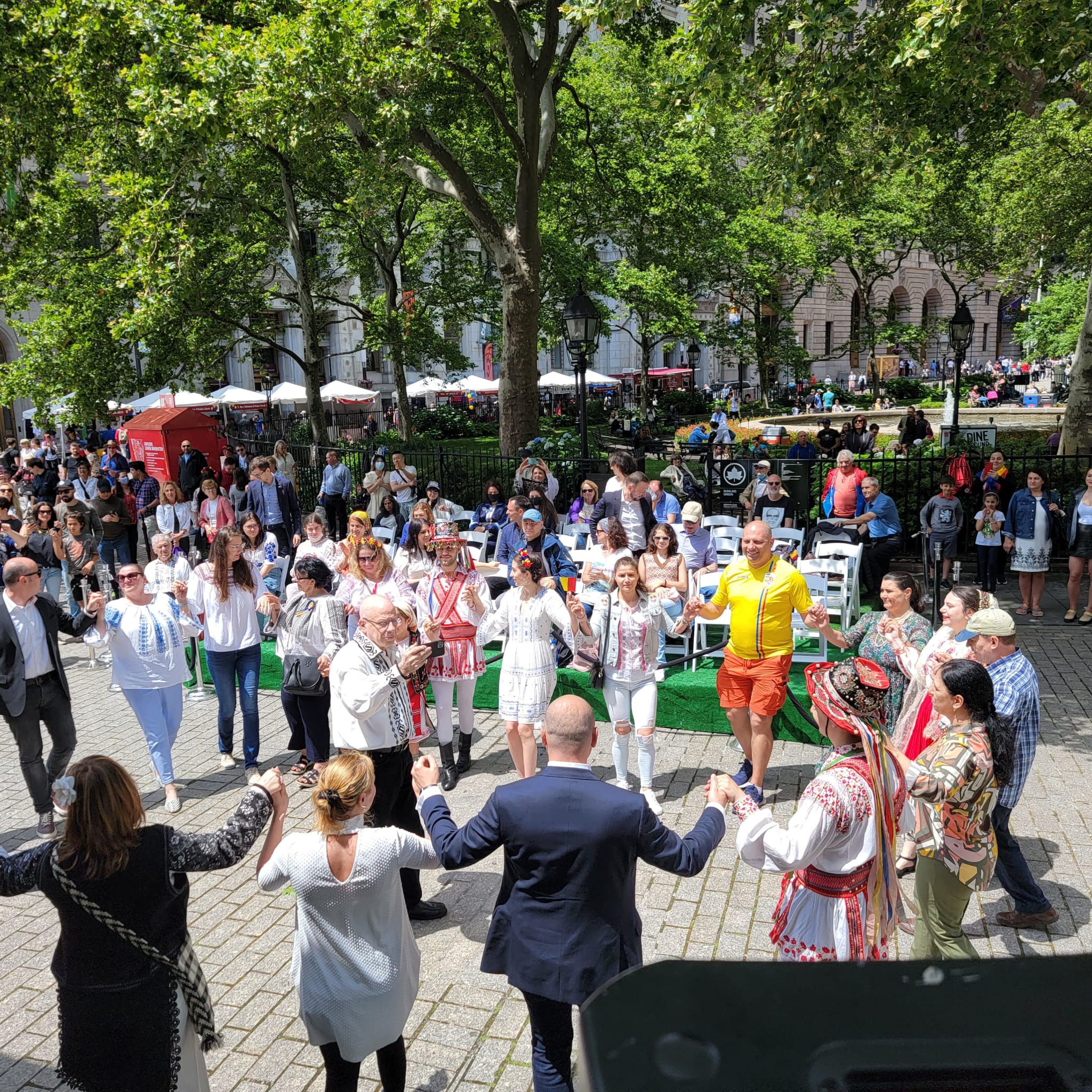 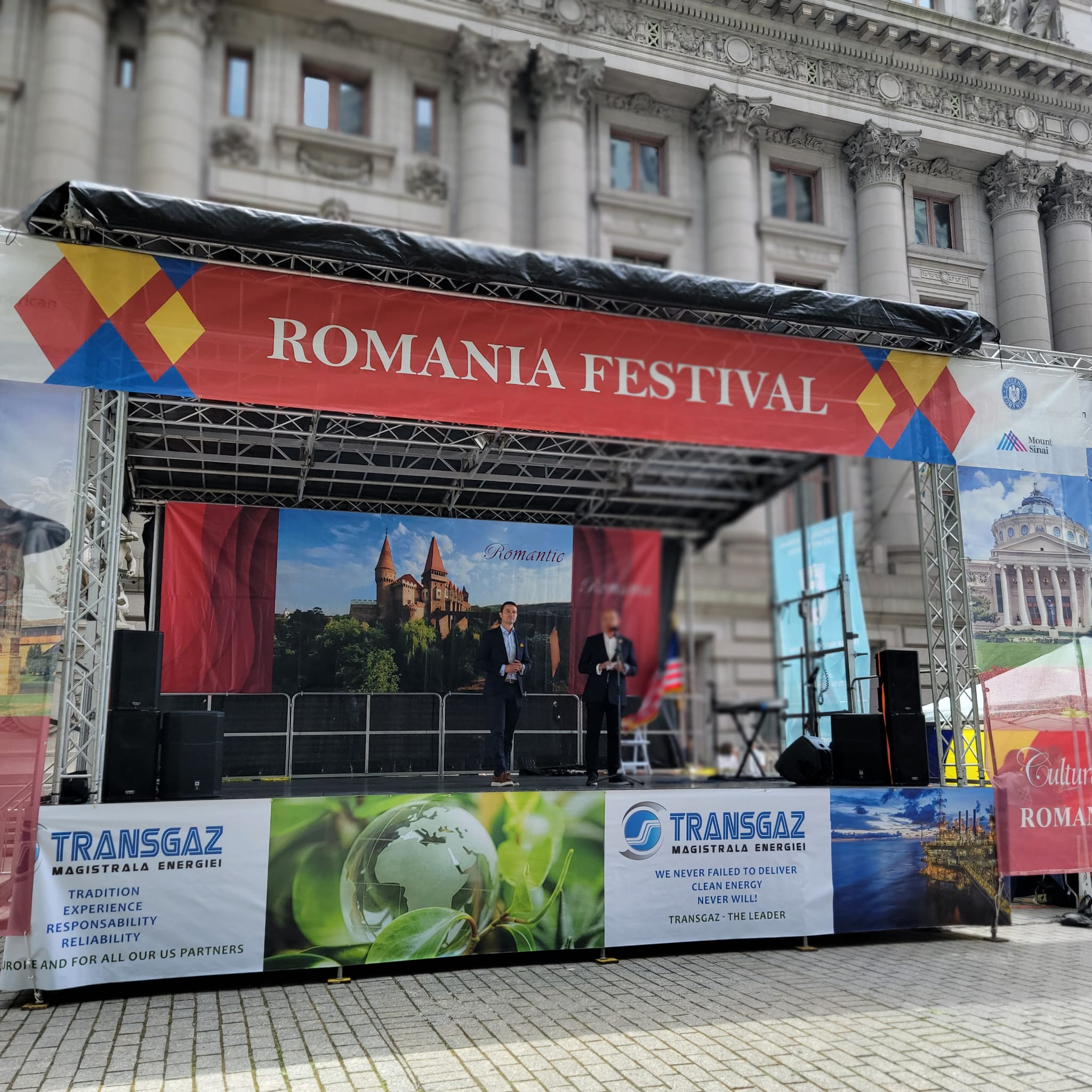 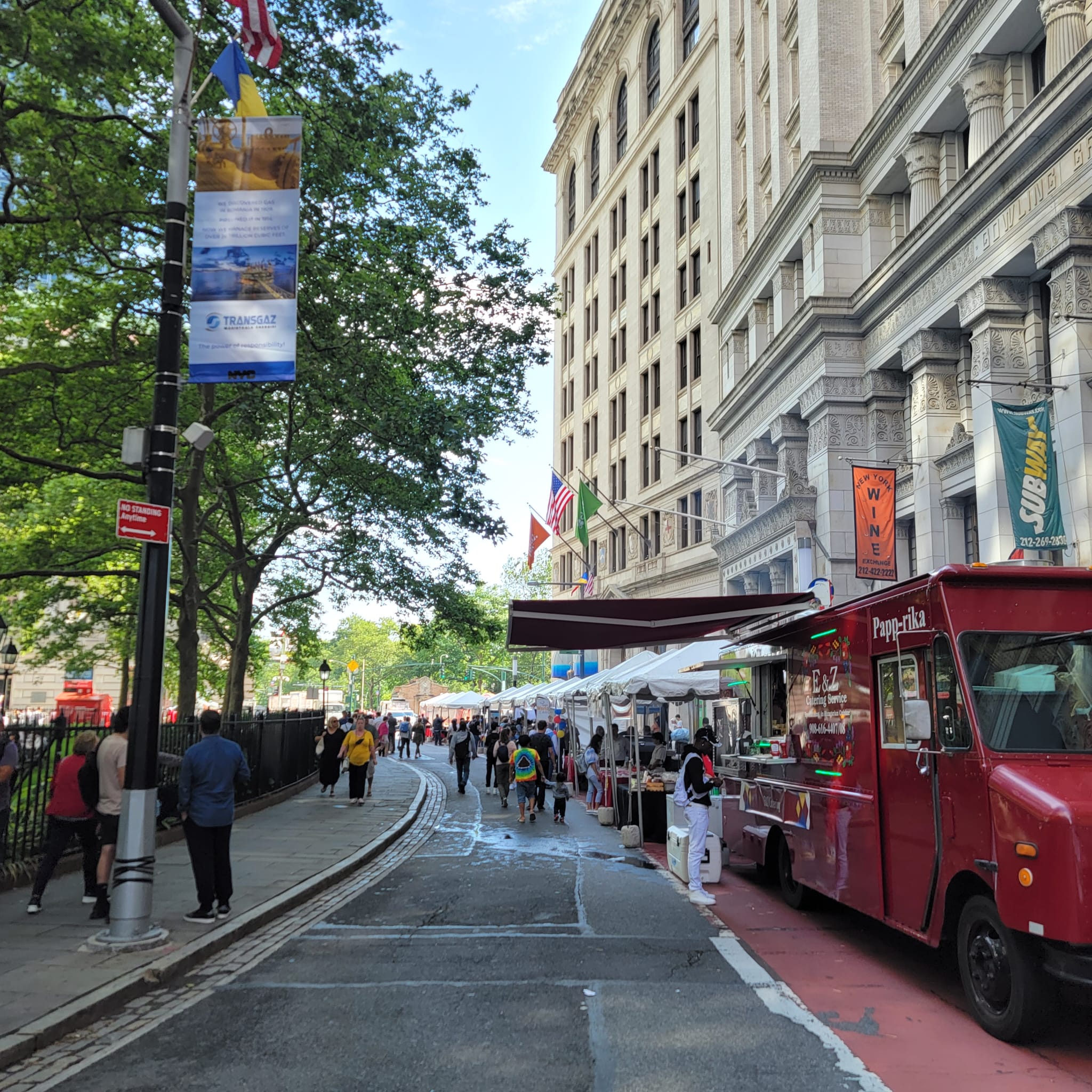 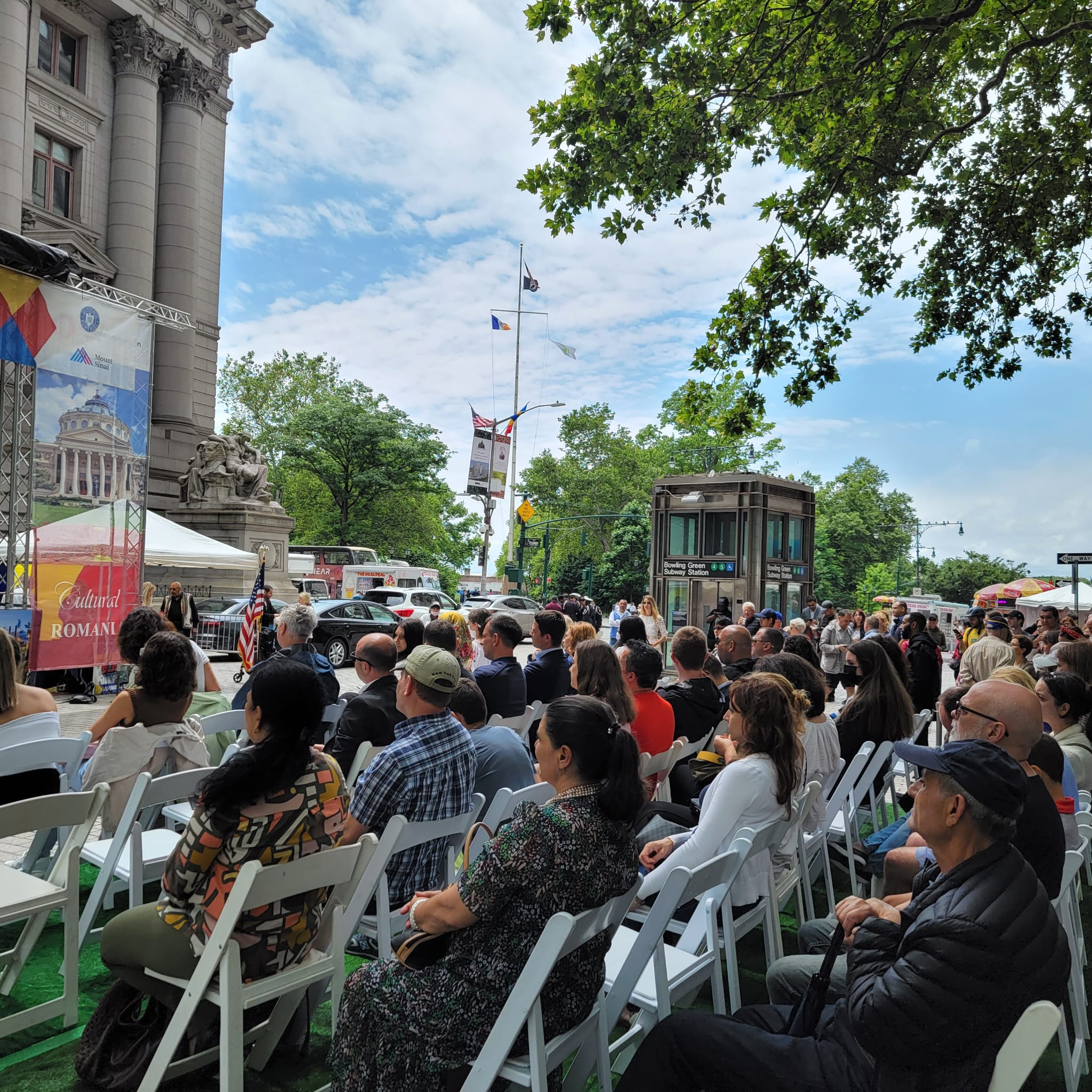 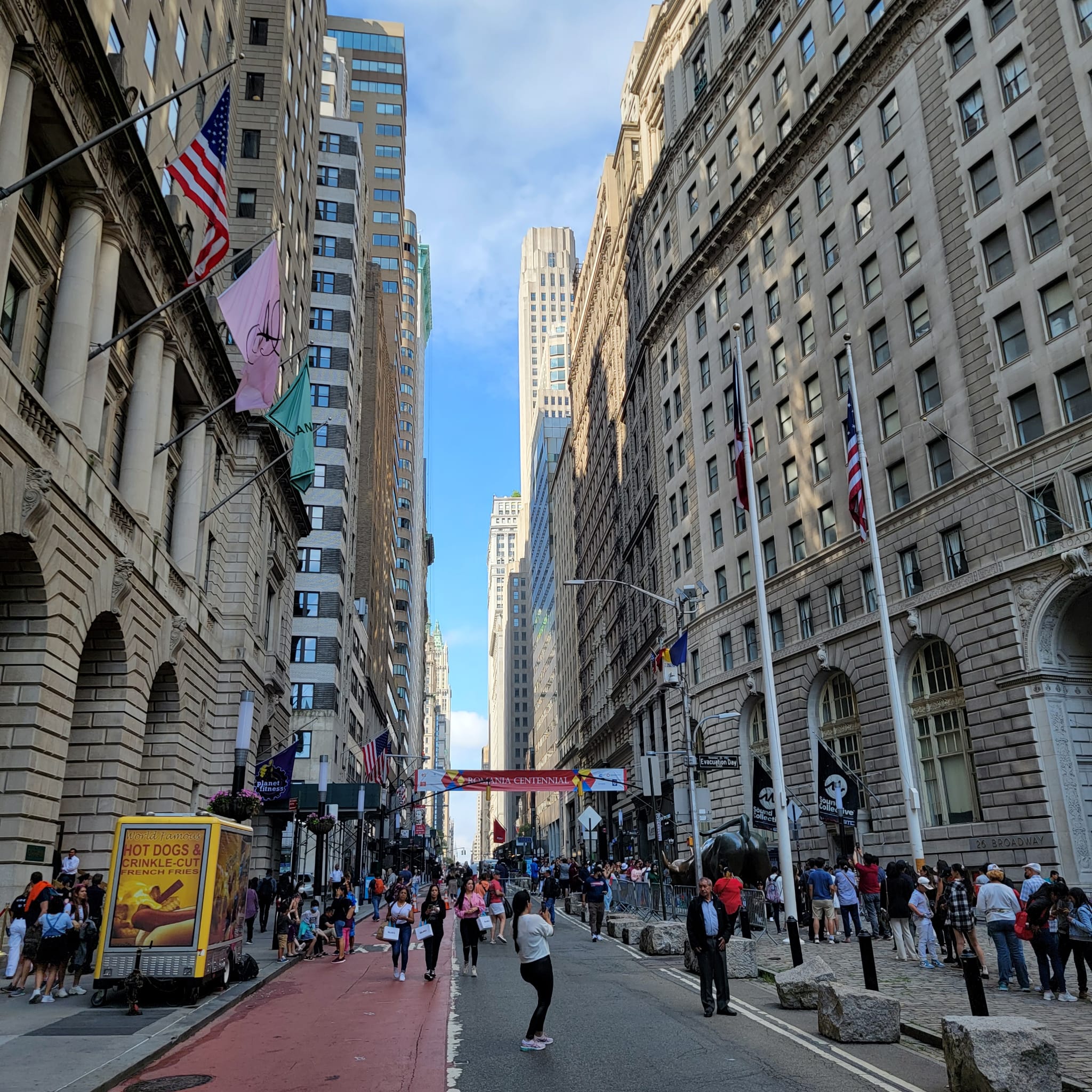 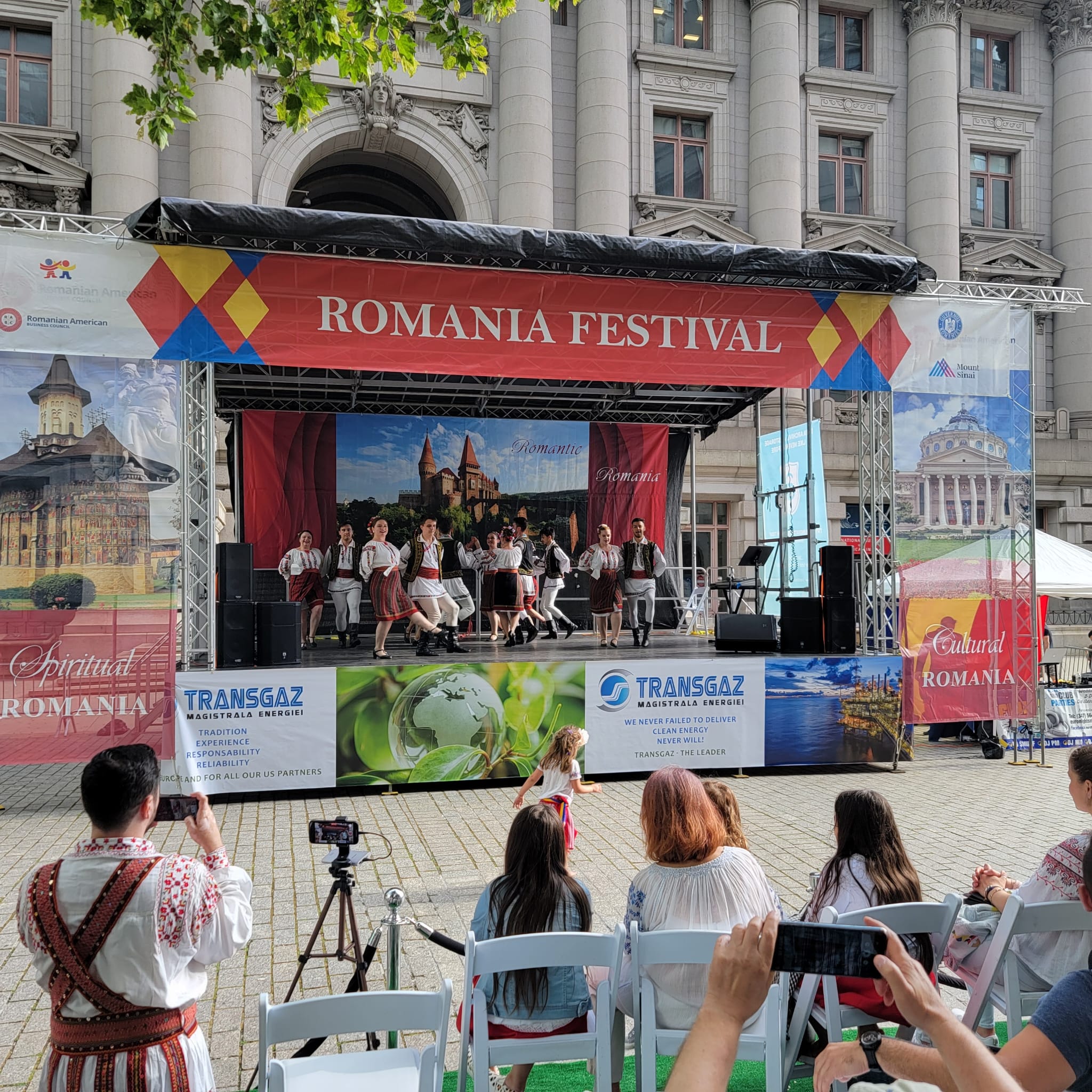 Romania Day on Broadway was back after two difficult years

The XXI Edition of the Romania Day Festival took place on Sunday, June 12, on Broadway, under the severe threat of heavy rain and thunderstorms.

The forecast put a damper and a real challenging gloom over the entire event initially, but winds and rain came to an end as the sun came out strong by Noontime. Many decided to stay home initially, but several thousand tourists and Diaspora members turned out and stayed well beyond the 5:00 p.m. closure time of the event. This year, the Romania Day Festival turn out to be another success, with a remarkable turnout on the half on the second half of the day.  The celebrated Canyon of Heroes on Lower Broadway in Manhattan (between Liberty St. and Bowling Green Plaza) – became a dedicated Romanian mini-island filled with music, dans, recitals, costumes, an honor guard military show, and traditional foods enjoyed by an audience from over 100 countries. This is the very same Broadway stretch that honored global celebrities – from presidents like Dawit Eisenhauer, Charles de Gaulle, a dozen Prime Ministers, Pope John Paul II, Charles Lindberg, Amelia Earhart, Neil Armstrong, Queen Maria of Romania, Queen Elisabeth of England, general McArthur, general Ben-Gurion and may, many other world-famous people.

About the festival
Proudly supported by

Our Guests Of Honour

About the festival
Who made it possible?

Our Distinguished Sponsors and Partners

Message from His Excellency Ambassador Muraru

Dear compatriots, people of New York City and citizens of the world

“It is a great pleasure and honor to attend the XXIst edition of the Romania Day Festival on Broadway, a tradition that makes us all proud and joyful. We have come a long way since our country signed this strategic partnership with the United States of America and went on to become a strong European ally, a NATO and EU member. The bond between our two countries is stronger than ever as is the determination to take this special relationship to new heights – from national to global security, from economic development from health care, from education agricultural development and much, much more. As it was said more than once, the United States has no better friend in East Central Europe then Romania. We show loyalty, strength, determination steadfast and did not shy away from sacrificing and fighting shoulder to shoulder with our American partners for principles ideals and dreams of peace the economic prosperity and security.

On behalf of the President of Romania, Mr. Klaus Iohannis, I am sending you his best personal regards and wishes for successful and unforgettable event, as we congratulate the organizers as well as the Romanian community for representing our values and traditions here today – surrounded by the beauty on this Canyon of heroes on Broadway New York City.

Thank you all for being here God bless you God Bless America and God bless the remaining people!”

Although I’ve been living in the United States for more than forty years, Romania will always have a special place in my heart. This is not because I remain its faithful citizen and not because I trace my roots for almost three centuries in the country, but because I  can’t think of a better, more loyal and passionate friend that America has than this critical European partner. The Romania Day on Broadway Festival honors this partnership and commitment and brings together the best of both nations in the heart of New York City – Broadway.

Founder of Romania Day On Broadway

Do you want to learn more about the Romanian Day On Broadway?Contact Us